Chance Encounters in the Wild

One of the most rewarding aspects of getting outdoors, whether for a quick stroll or an all-day wander, is that you never know what you might see and encounter.  Sometimes it might only be a particularly colourful patch of moss (and I encourage everyone to get acquainted with mosses), or it could be the first time you spot a sea eagle, but these unexpected encounters can often bring a spark of magic to an otherwise routine day.  Even if we just catch glimpses of critters and creepers going about their daily lives, we become more involved in the larger natural world going on around us all the time.

I remember the first time I came across a lapwing.  I was out for a walk on the Isle of Lewis and spotted a bird in a field doing a very odd, loping mid-air dance while making an even stranger call.  It was so close and I stopped and stared for a minute at this curious little bird with its flick of feather perched over its head, having no idea what it was.  Afterwards, I described it to a friend who is well-versed with all things feathered, and he informed me it was a northern lapwing.  Not particularly exotic or rare in the UK, but now I can spot them across a field while driving a car, and I would know that call instantly.

The opportunity to catch nature doing its thing is always present, and indeed we are often the ones caught unawares.  I’ve pulled off a busy road in a lay-by to witness an otter swim up to the shoreline and munch its fish supper right in front of me.

Camping in a remote glen one night, and getting on with dinner in the fading light, an owl swooped silently out of nowhere just overhead, perhaps to see what I was having for tea (and was clearly unimpressed that my bowl of noodles contained zero mice).  And I’ve lost count of the beats my heart has missed as I stumbled too close to a ptarmigan’s resting place among the rocky nooks of a hilltop and we both leapt away half scared to death. 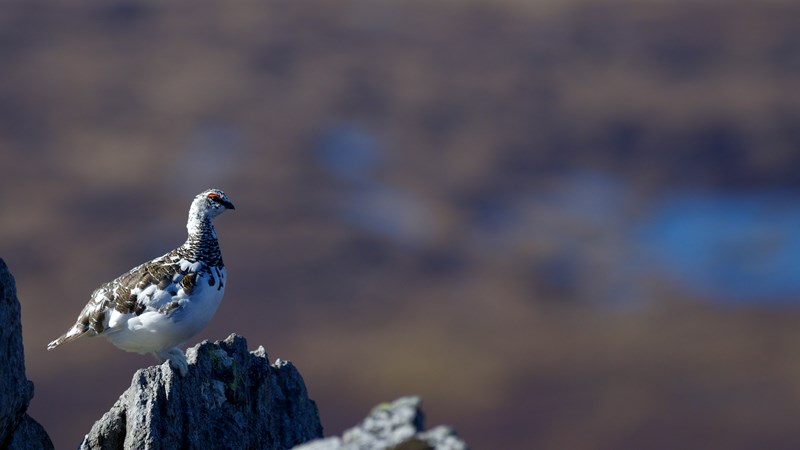 Most of us get out when we can and take these wildlife encounters as they come.  The knowledge and familiarity we gain of the mosses and lichens, the insects, trees, fungi, four-legged and winged creatures, and the relationships they have with each other and their environment accumulates slowly over a lifetime and is not something that can be rushed.  Sure we can all read articles and look at photos on the internet, but there is no substitution for the actual experience of things because that is what stays with you.

Take a Chance to immerse Yourself

One of the best ways to discover nature is alongside someone who has dedicated their life to studying it and passing that knowledge on to the public.  Fred Gordon is now retired, but he spent his career as Head Ranger for Aberdeenshire Council as well as lecturer in countryside management.  He now forsakes his hard-earned leisure time a few times a year to be the resident expert aboard the Caledonian Discovery Wildlife Cruises.  These cruises explore either the Moray Firth sea lochs to the east, or those of Loch Linnhe in the west, and they are one of the more unique ways to immerse yourself in the outdoors and give yourself the chance to see some of Scotland’s best wildlife.

It is an exceptional opportunity to spend a week aboard a unique Dutch canal boat and away from the roads and traffic.  Not only do you pass a good deal of time travelling on the water, where you can spot dolphins, seals, osprey, and other raptors, but there are also daily side-trips ashore guided by Fred where his knowledge of the local flora comes into its own.  Fred assures me that his days as a lecturer are very much over, and that the cruises are not week-long classroom sessions.  He is there simply to explain what they come across on their walks, cycles, or canoe trips.  What he enjoys the most, apart from spending the time outdoors of course, is the coming together of people from different places and backgrounds, the experiences that can be shared back-and-forth, and witnessing people see things they’ve never seen before.  He relates a time in Shetland when he saw a fellow get unusually excited over seeing an oyster catcher, but realised that while common for the UK, not so much in Uganda where this man was from.  Everything seems a bit extraordinary the first time you see it.  Just like me and the lapwing.

But if you can’t make it out for a full week’s cruise, try and stop by Loch Ruthven if you’re ever in the area.  Bring binoculars as it’s one of the best places to catch Slavonian grebes and the loch side birchwood is a great place to potter around (nice mosses!).

The Highlands are rich with wildlife and throughout the year and on many of our trips there is ample opportunity to get a bit closer to our wild friends and really appreciate the diversity of nature both on the waterways and exploring from the boats.

There have been numerous recent sightings of grebes and sea eagles around the lochs in Stratherrick.  Discover more on the South Loch Ness Trail between Whitebridge and Foyers, which follows the river Foyers through woodland and some pastureland.  Or head up into the Monadhliath Hills for expansive views and a chance to see raptors hunting over the open moorland.

We hope this gives a flavour of what you can enjoy on one of our cruises and if you are keen to take a trip with us have a look at what we have left for 2022 HERE.

You can also check out our 2023 Calendar and join Fred and the Crew to book your Wildlife Cruise early in May 2023.