Springing to action in Easdale

Here in Ellenabeich, and on Easdale Island, the grass is peppered yellow with daffodils and primroses and the sky is full of the thin whistles of songbirds in search of mates- spring has arrived! 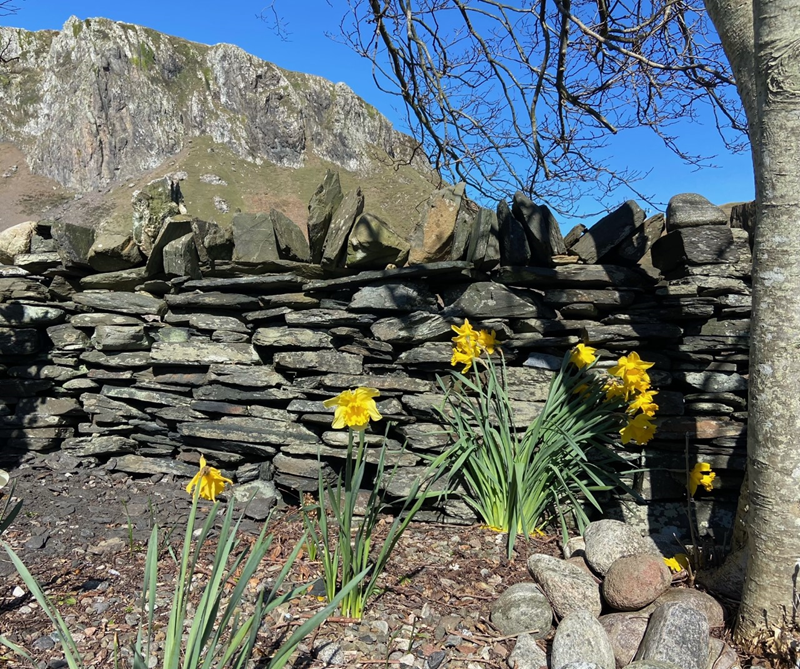 Ellenabeich and Easdale Island (collectively known as ‘Easdale’) were once prospering slate-mining villages, though all that remains of the industry now is fragments of history in the museums and flooded quarries.

Now, as the springtime weather is warming up the waters around Easdale, the quarries are frequented by locals and visitors alike who dip more than their toes into the water! The old quarries can reach depths of 90m, filled with clear water, with a panoramic backdrop of the Isle of Mull and The Garvellachs.

If you fancy seeing Easdale’s history without getting your feet wet, the Easdale Island Folk Museum is opening up again in April, another sign that spring has sprung on the island! Back in Ellenabeich you can visit the Scottish Slate Islands Heritage Museum which is full to the brim of historic artefacts, records and photographs of the local area. 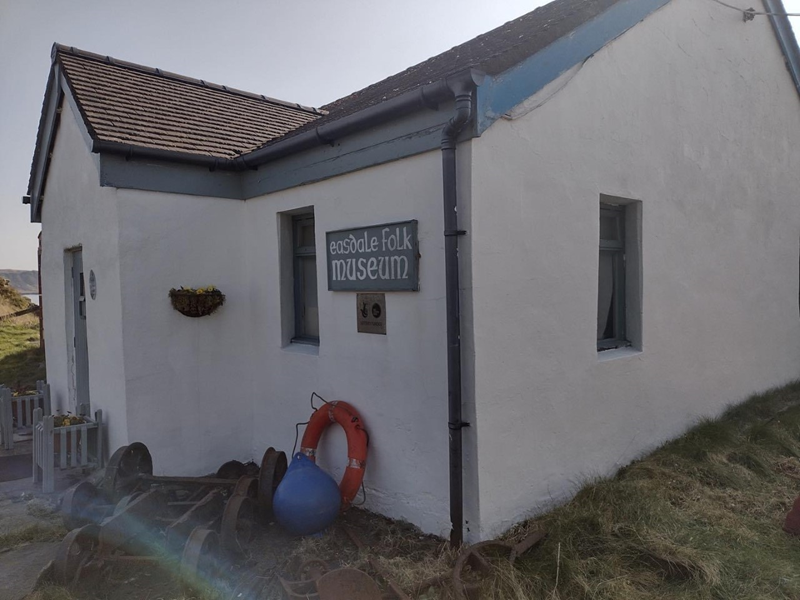 The arrival of spring also brings about changes on the water as the Seafari boats are patiently waiting in Easdale Harbour, ready to explore the Southern Hebrides. Just two hours on any one of the orange coloured Seafari boats reveals a wealth of wildlife, such as seals basking in the sun, otters snacking on crabs, dolphins leaping from the Atlantic and eagles soaring over your head. 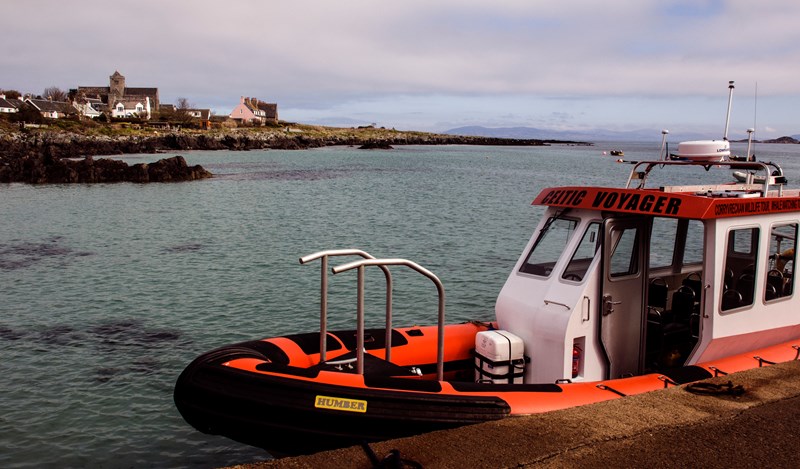 And it doesn’t stop there! The Seafari Adventures tours delve into both the natural and social history of the Southern Hebrides, weaving wildlife, folklore, history and geography together to painting a vivid picture of Hebridean life over the centuries.

With the boats raring to go, it is not just wildlife trips that Seafari Adventures have on offer, but trips to the 3rd largest whirlpool in the world! The Gulf of Corryvreckan is not just a hub of Gaelic folklore, but a mass of swirling sea – a sight to behold and a rollercoaster of a ride.

The ever-popular Seafari Corryvreckan wildlife tours take you to see not one but two eagle nests on the Isle of Scarba, which sits just north of the Isle of Jura, with the whirling water of the Corryvreckan between them. 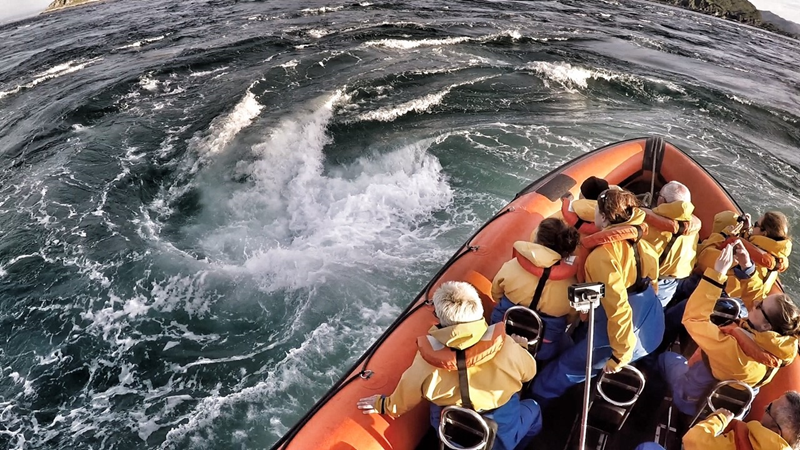 Take flight with the eagles

On the east side of Scarba you will find the white-tailed sea eagle nest. With a 2.5 metre wingspan, the sea eagle is the UK’s largest bird of prey, once hunted to extinction. Conservation efforts over the last 50 years have, joyously, successfully reintroduced the sea eagle to the West Coast of Scotland. The pair that you can see on the Scarba nest have been nesting here for eight years, always returning to the same tall pine tree to raise their young.

On the western side of Scarba, high on the sea cliff, you may spy the golden eagle nest, though it is very well hidden! You are, instead, more likely to see the golden pair soaring high above the cliffs, scanning the land and sea for unknowing prey. With summer fast approaching, both the sea and golden eagles will soon be laying eggs and raising their enormous chicks, so do keep an eye out if you’re on the coast!

The Seafari skippers take great responsibility to keep wildlife disturbance to a minimum, after all, the rugged Scottish coast is their home and we are just visitors. Take the shy and elusive harbour porpoise, whose triangular fin can be seen breaching the choppy waters of the Gulf of Corryvreckan. The Seafari skippers give the porpoises space to feed, rather than getting too close and interrupting their fish supper. 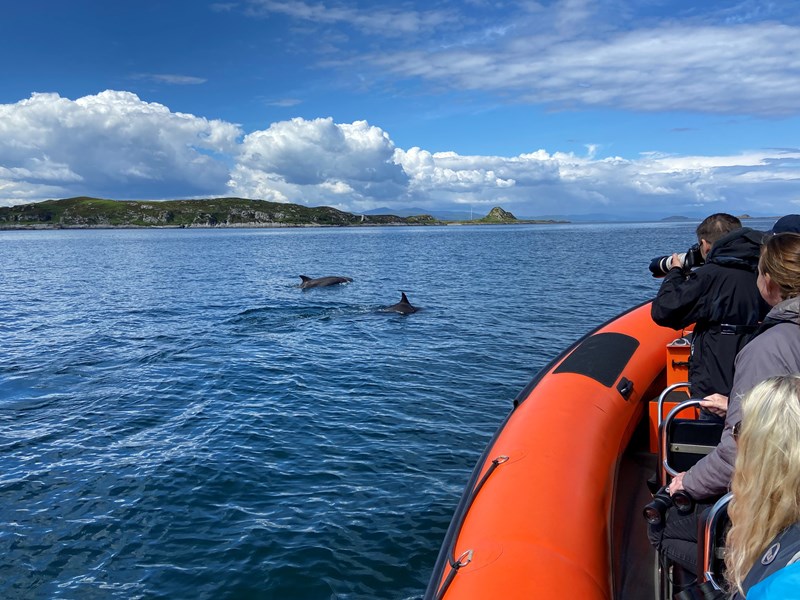 The Seafari crew take pride in teaching guests about the threats our marine species face, and indeed success stories of conservation and reintroduction schemes, such as that of the sea eagle. What’s more, the crew record whale, dolphin and porpoise sightings for the Hebridean Whale and Dolphin Trust, helping to keep track of populations along the West Coast of Scotland. 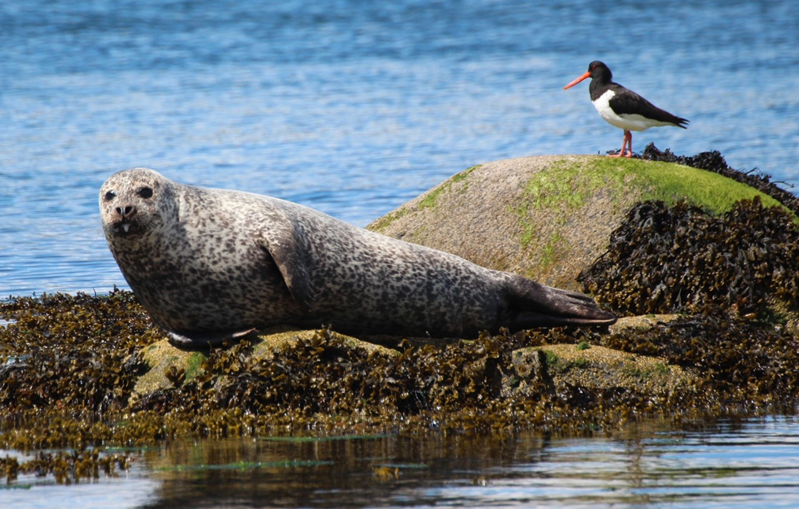 If you’re interested in seeing the springtime wildlife around Easdale, or further out to sea, you can find out more about Seafari Adventures’ tours and trips at www.seafari.co.uk , or get in contact on 01852 300003 or oban@seafari.co.uk – we’re always up for a chat!